The Reverend Benjamin R. Clifford, Rector of Trinity Church in Bridgewater, began services in Brockton, then North Bridgewater, in 1871.  They were intended to minister to skilled craftsmen and simple factory workers who came from Leicestershire region of England to work in the city’s thriving shoe industry. 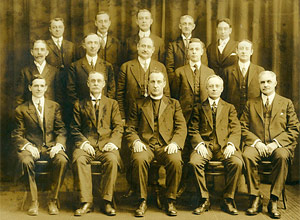 After a period in which services were held under the auspices of the Society of St. John the Evangelist, the growing parish was named Saint Paul’s in gratitude for modest financial assistance from St. Paul’s Church (now the Cathedral) in the City of Boston.  A first building was erected on Pleasant Street in 1893.

Under the distinguished rectorships of Samuel Hodgikiss, George Alexander Strong, Francis B. White, David W. Matthews, George Hardman, and Daniel K. Davis, it became one of the largest Parishes affiliated with the Diocese of Massachusetts.  The Reverend James R. Hiles was elected in 1975.

In 1980 the parish began welcoming a new wave of industrious immigrants from West Indies and Africa,  who brought with them an Anglican spirituality steeped in the Scriptures and Christian family values.  For that very reason, they blended harmoniously with the ‘old guard’ of the quite traditional parish.  Within a decade it blossomed into a fully interracial, multi-cultural, world Anglican community of faith, as reflected in its Vestries. 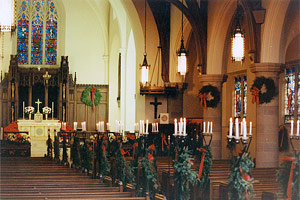 At the same time, however, the Episcopal Church was engaged more and more in revising its understanding of faith.  It became increasingly evident that a parting of the ways was necessary and indeed inevitable.  In 1993, by unanimous decision, the Vestry and people took action disaffiliating themselves from the Diocese of Massachusetts and therefore the Episcopal Church, citing the biblical standard that this household of faith would “serve the Lord” (Joshua 22.15). 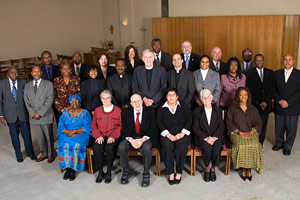 Consequently, as its patron saint, the Parish “suffered the loss of all things” materially for the sake of Christ Jesus, losing in court its property and other assets while retaining its identity as the historic Parish.  Being homeless for six years, it was graciously taken in by the Seventh-Day Church on Warren Avenue. Subsequently a generous benefactor gave the Parish its current property, then a Parish Hall, and, finally a new Church building, dedicated on June 17, 2017.’

Adapted from the history of Susan Gordon 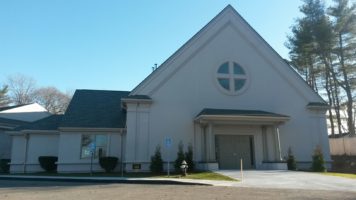